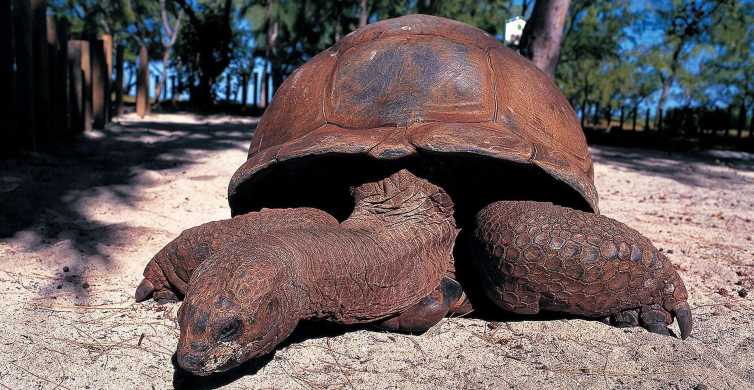 In 1919 the British governor of Seychelles sent a gift of four Aldabra giant tortoises to Changuu from the island of Aldabra. These tortoises bred quickly and by 1955 they numbered around 200 animals. However people began to steal the tortoises for sale abroad as pets or for food and their numbers dropped rapidly. By 1988 there were around 100 tortoises, fifty in 1990 and just seven by 1996. A further 80 hatchlings were taken to the island in 1996 to increase the numbers but 40 of them vanished. The Zanzibar government, with assistance from the World Society for the Protection of Animals (Now known as World Animal Protection) built a large compound for the protection of the animals and by 2000 numbers had recovered to 17 adults, 50 juveniles and 90 hatchlings.

The species is now considered vulnerable and has been placed on the IUCN Red List by the International Union for Conservation of Nature. More tortoises, mainly juveniles, continue to be brought to the island from other locations for conservation. There is a dedicated foundation on the island which looks after the tortoises’ welfare. Visitors are able to observe and feed the tortoises.