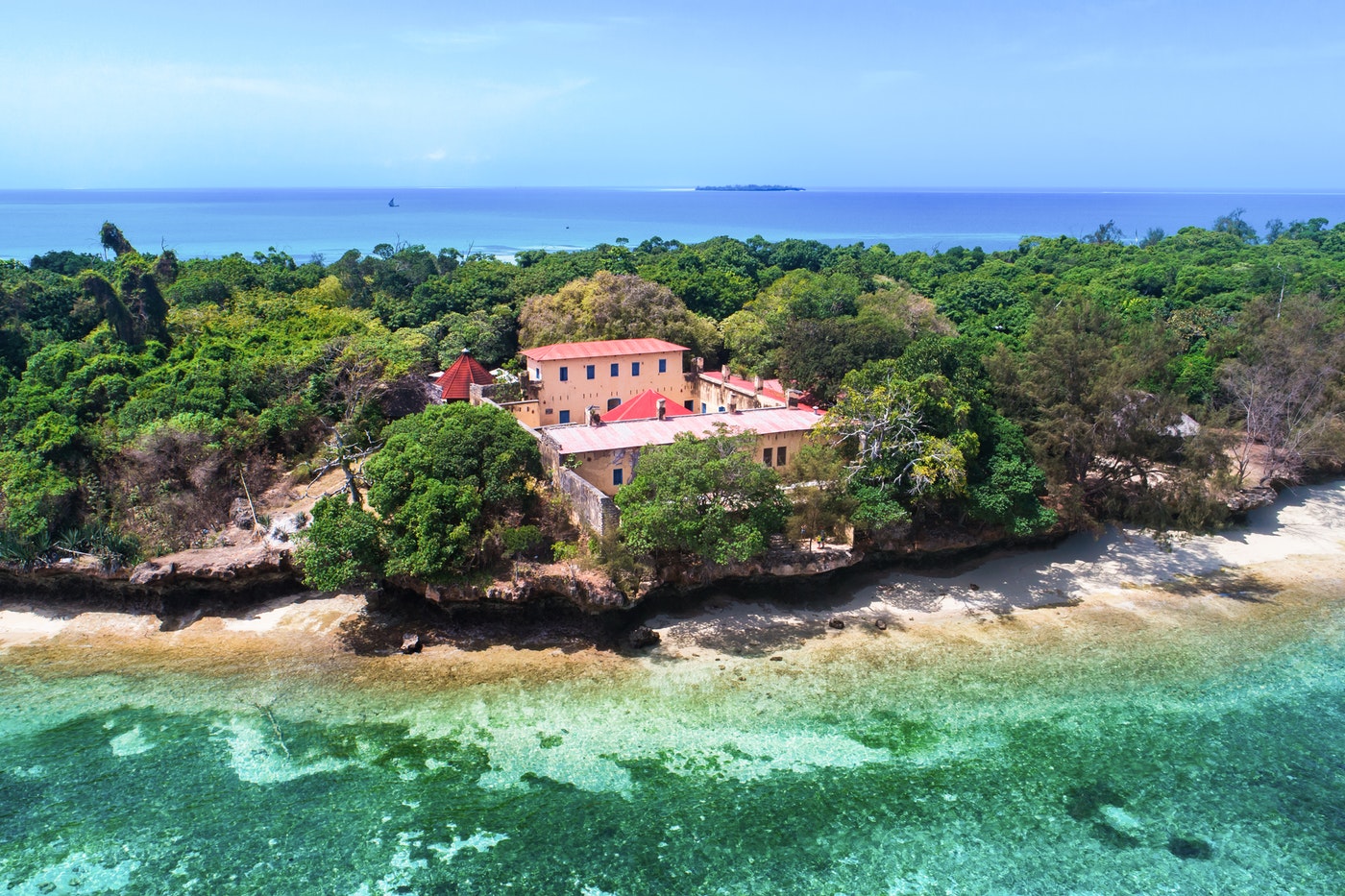 Changuu is named after the Swahili name of a fish which is common in the seas around it, though it is shown as “Kibandiko Island” on some older maps, but this name is no longer used. The island was uninhabited until the 1860s when the first Sultan of Zanzibar, Majid bin Said, gave it to two Arabs who used it as a prison for rebellious slaves prior to shipping them abroad or selling them at the slave market in Zanzibar’s Stone Town.

Zanzibar became a British protectorate following the 1890 Heligoland-Zanzibar Treaty with Germany, this resulted in the appointment of a British First Minister, Lloyd Mathews, in October 1891. Mathews purchased Changuu from its Arab owners on behalf of the Zanzibar government in 1893 with the intention of building a prison upon it. The prison was to have housed violent and recidivist criminals from the part of the African mainland which was then under the jurisdiction of Zanzibar. Despite the prison buildings being completed in 1894, causing the island to become known commonly as “Prison Island”, the facility never housed prisoners.

The British authorities were concerned by the risk of disease epidemics affecting Stone Town, then East Africa’s main port. To combat this threat Changuu was turned into a quarantine island serving all of the British territories in East Africa. The old prison was converted into the facility’s hospital and in 1923 the island was officially renamed Quarantine Island. Quarantine cases would be taken from the ships and monitored on the island for between one and two weeks before being allowed to progress with their journey. The main disease that was monitored was Yellow Fever.

Ships typically only arrived in East Africa during the period running from December to March and so the island was usually empty of quarantine cases for a large part of the year. During the empty period the island became a popular leisure resort for European people and local residents of Zanzibar. A building, known as the European Bungalow, was built in the late 1890s to cater for the holiday makers although the number of visitors had to be limited as the only freshwater on the island was rainwater stored in underground tanks. Large pits on the island remained from earlier coral mining for use as a construction material and these pits were cleaned out and used as swimming pools. A new complex of quarantine buildings was erected in the south-west of the island in 1931 which gave an improved quarantine capacity of 904 persons.